Why so serious?: What lies behind the increasing resistance to Indian stand-up comedy?

Stand-up comedian Munawar Faruqui’s post on social media from the last fortnight goes something like this:
I come from Two Indias
1947
2014 #FreedomOfSpeech

Faruqui’s joke, while alluding to the controversial statements made by actor Kangana Ranaut (who claimed that India actually got its freedom in 2014 when the Narendra Modi-led government came to power, and not in 1947), is modelled along the lines of yet another controversy — stand-up comedian Vir Das’ Emmy-nominated monologue, I Come from Two Indias.

How can you tell if you’re alone or lonely Home is deep inside us, not grounded in geography; rather, it is a connection between mind and soul. (Photo: Suvir Saran)

Holidays like Diwali, Thanksgiving, Christmas, Passover and Eid teach us about our place in this world. They also educate us about the importance of being at home in our inner sanctum. But are we paying attention to the cues they offer? Do we care? Too many of us live aimlessly, going from one festival to another, from one social high to another, until we crash and are in deep despair.

One can happily be alone and not be lonely. Being alone is a physical state we choose. We decide to remove ourselves from the other to do something that’s important to us. It is right for us, meaningful to us. But being lonely is an emotional state in which we are disconnected or removed from others. We feel empty, afraid, and broken.

How to steer clear of Eenam-Pechi and other creatures If you haven’t seen it, do. Kandittund! (Seen It!) by Mumbai-based Studio Eeksaurus is a Malayalam short film that has leaped over fences that caged animation in India, given us a personality-driven script that allows our imagination to climb outside the box and burst the myth that without distribution channels, animation cannot be successful. 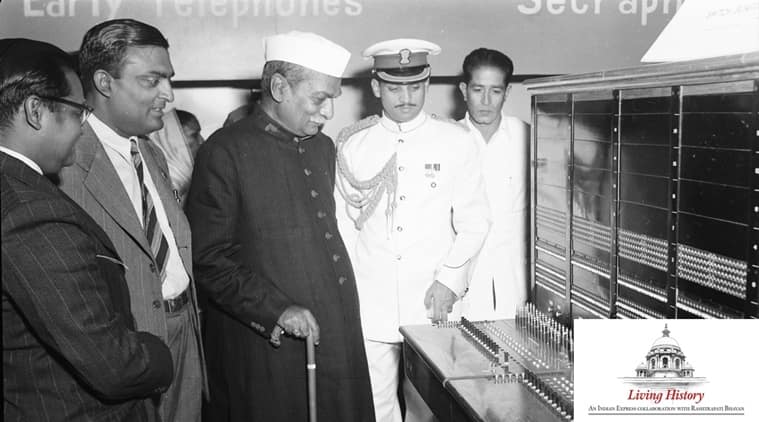 The grandeur of the Rashtrapati Bhavan makes it easy to overlook the fact that it is an office too, and quite a busy one at that. Its records, reaching back to colonial times, afford a glimpse into the evolution of the government in India. And occasionally, the telegram peeks out from notes and letters, bearing testimony to its once pivotal role in moving the wheels of the government.

Are you a ‘specialist’ or a ‘generalist’? Eat Like a Bird: For eclectic eaters like gulls, anything from fish to namkeen goes. (Source: Ranjit Lal)

Some animals and even plants are real prima-donnas when it comes to what they eat and where they live and what the climate should be like if they are to survive. At the other extreme are those which don’t really give a damn: they’d try anything, adapt to any environment and tolerate hideous living conditions. Scientists have divided them into “specialists” and “generalists”. Of course, there are many middle-of-the-roaders that slot between these two extremes, but let’s meet a few of the real fusspots and few of who are willing to put just about anything into their mouths and doss down anywhere. This Number Does Not Exist, yeh number maujood nahin hai. The lines between Mangalesh Dabral’s verse and reality blurred for Paris-based Indian writer-filmmaker Vijay Singh last year, around this time, when the Hindi poet was claimed by COVID-19. Having never met the poet-translator — who had translated poets/writers such as Pablo Neruda, Zbigniew Herbert, Bertolt Brecht and Arundhati Roy (The Ministry of Utmost Happiness/Apaar Khushi ka Gharana) — for Singh, 69, Dabral will remain only a telephone voice. One with whom he had deliberated on love, life, death, poetry, music, rivers, mountains.