WhatsApp is working on a new feature that will help users search for Businesses nearby directly from the app. When searching for something from the app, users will see one section with sub-categories like Photos, Videos and Documents. A second section will show businesses nearby like Restaurants, Grocery stores and more.

The ‘Business Directory’ feature was reported by WABetaInfo after it was released for some people in São Paulo, Brazil and is set to come to more users in more regions in the future. The feature will be handy for users to look for various businesses close to them and then get in touch with them directly via the app.

A screenshot also reveals how the feature will look like on Android. Check it out below. 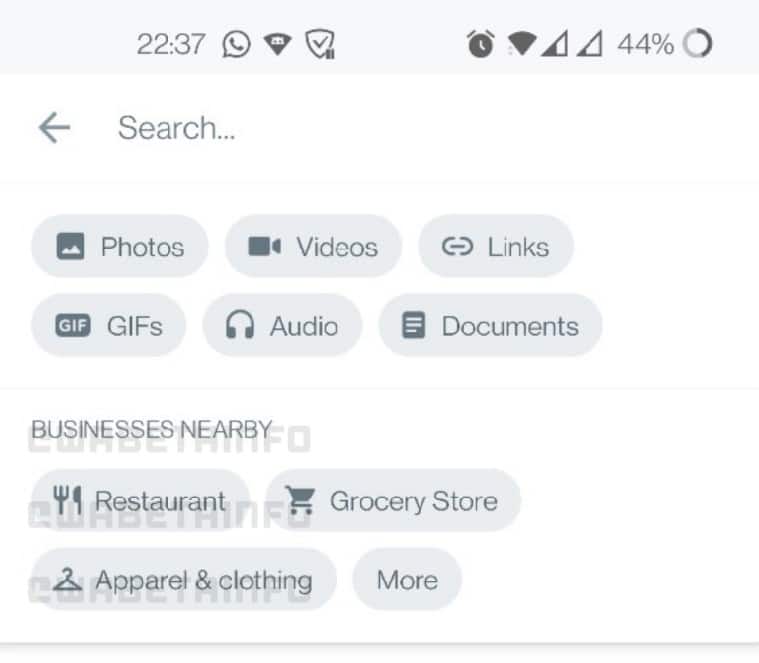 Here’s how the feature will look. (Image Source: WABetaInfo)

While the screenshot is on Android, the feature has been reportedly available on iOS devices as well in the supported region.

The feature likely aims at making shopping more seamless via WhatsApp, which already has its own payment interface in regions like India, via UPI. The ability to search for nearby stores, restaurants and other business, speaking to the respective WhatsApp Business accounts, choosing from a catalogue of products and services, and paying directly from the app will mean users will be able to complete the entire process without leaving WhatsApp at all.

The feature is still not available in India and unfortunately there is no tentative date when we expect it arrive either. However, more news on upcoming features including the new Business Directory feature should come soon in early 2022.