For a pair of suspected thieves, their armed robbery did not go as planned as they got body-slammed by the person whom they were trying to rob. A video of the incident has now gone viral on social media, with the victim hailed as a hero.

The video from San Leandro, California starts with two men with a gun walking up to the car of another person.

For a second it appears as if the man is surrendering to the threat, but things take a surprising turn when the victim swiftly picks up one of the robbers and slams him on the ground.

As the man punches the robber, his accomplice flees the scene and watches the drama unfold from a distance. While the robber is pinned to the ground, he can be heard saying “Okay, okay…alright! Let me go!”. His accomplice also convinced the man to let him go.

The man eventually let the robber go, who disappeared with his accomplice.

Many who came across the video lauded the man for his bravery. Take a look at some of the reactions here: 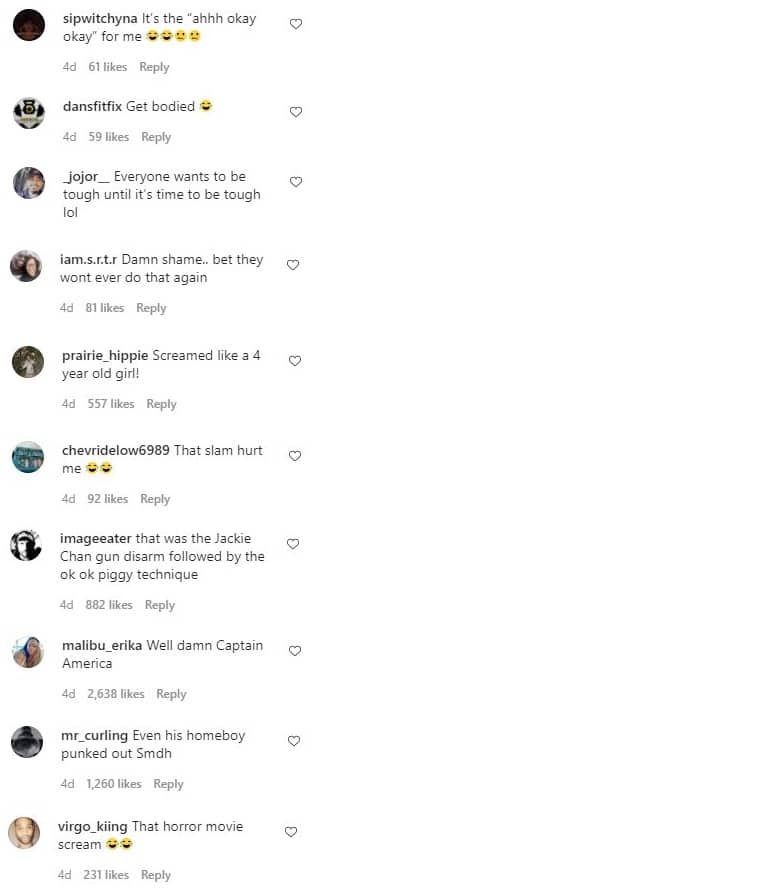