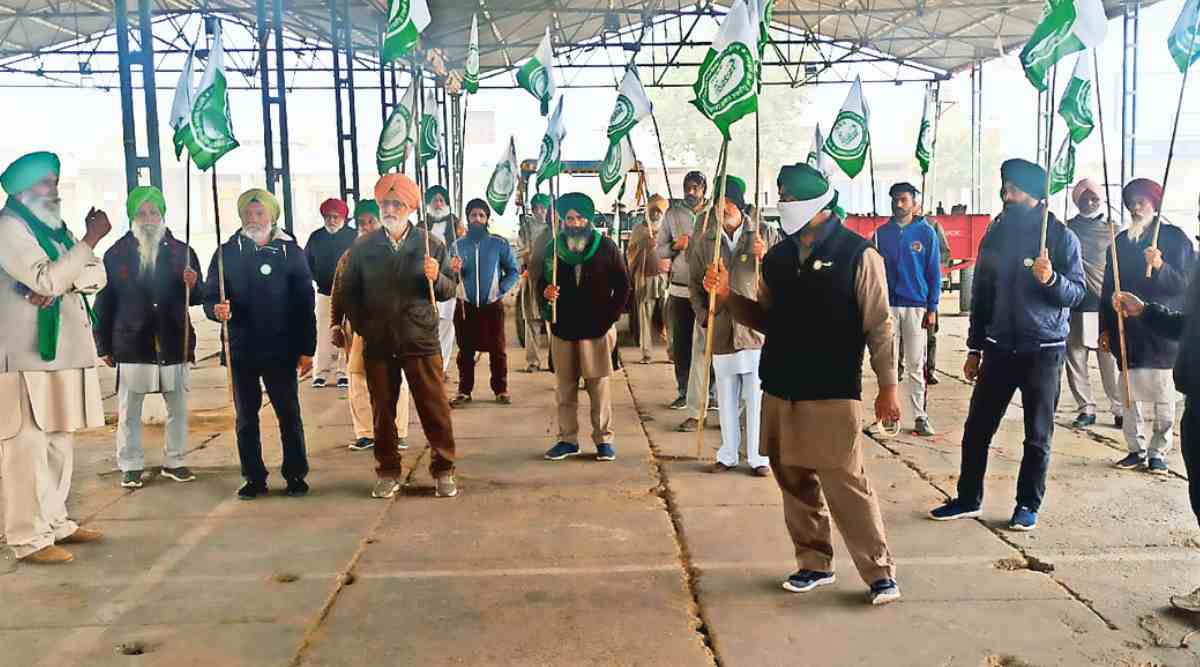 The rally has been named Jhujjar rally by the union. (Express)

Amid a ban on political rallies in the state in the run up to Assembly polls, farmer union BKU (Dakaunda) is all set to organise a statewide farmers’ rally at grain market of Barnala on Friday where thousands are expected to show-up. According to district authorities, the union has not taken any permission for organising this rally but farmers stated that they will be organising the rally come what may. The rally has been named Jhujjar rally by the union.

The union had earlier planned to organise a rally on January 10 but it was postponed to January 21 due to inclement weather.

“This rally is to make politicians remember their betrayal. We will be taking the NDA government as well as the Congress-led State government to task for not meeting their promises. The Modi government will be exposed over their stand against farmers. They had agreed in writing that all pending police cases lodged during the course of agitation will be withdrawn but farmers are again getting summons over the January 26 incident. Delhi Police did not issue even a letter to withhold all actions for the time being. There is no talk of making a committee for MSP,” said Jagmohan Singh Patiala, general secretary of BKU Dakaunda.

He added,”In addition to this, the Punjab government had promised to waive off all farm loans. Till date, more than 3.5 lakh farmer families are still awaiting their 2 lakh farm loan waiver. Compensation to farmers’ families who lost their lives during Kisan Aandolan has also been stopped by DCs of all districts. Compensation has nothing to do with code of conduct as it is not a new scheme.”