Jeetu Tamore still remembers the call he received from his son’s coach Zakir Shaikh 12 years ago requesting him to come and meet him for a very important issue.

Tamore’s wife had decided that their son Hardik will not be allowed to play cricket anymore as his marks in the fifth grade were below expectations and his passion for the game was to be blamed.

“His coach met me and said, ‘aapka ladka bahut achha khelta hai (your son plays very well), don’t stop his cricket. As far as his studies are concerned, we all should speak to him once,’” Tamore recalls. Next evening, the Tamore family and the coach sat together to make Hardik understand the importance of not ignoring academics while playing cricket.

Hardik understood and his mother allowed him to play cricket. His coach wanted him to be a wicketkeeper- batsman but to play for Mumbai, Tamore had to travel to the metropolis 127 kilometre away.

A few of his friends used to travel daily by train to Mumbai for practice and Tamore senior too understood that to play cricket, his son too will have to go there every day. “We got him admitted at the Elf Academy in Churchgate and that’s where his journey began. His day used to start at 5 am, and he would reach school by 6:15. The school gave him a half-day, so he used to take the train at 10:30 AM from Boisar, practise in Churchgate and then come home post 9pm. This went on for the next five years,” Tamore senior says. It was Tamore’s friend Deepak Patil, a former Mumbai Cricket Association managing committee member, who advised the family to shift to Mumbai and Tamore moved from Boisar to a rented accommodation in Mahim. Being a contractor, shifting base wasn’t an issue but despite moving to Mumbai, Hardik continued his schooling in Boisar.

“He played for Mumbai under-14s and since then, hasn’t looked back and the best part was that he performed well in studies too,” his father said.

However, despite doing well in local and age-group tournaments, Tamore couldn’t find a place in the Mumbai Ranji side. With Aditya Tare as wicketkeeper- batsman in the team, this continued for years.

But after the recent quarterfinal against Uttarakhand, Tare was ruled out of the last-four clash against Uttar Pradesh due to injury and Tamore grabbed the opportunity with both hands by slamming 115 as Mumbai posted 393 runs in their first innings. 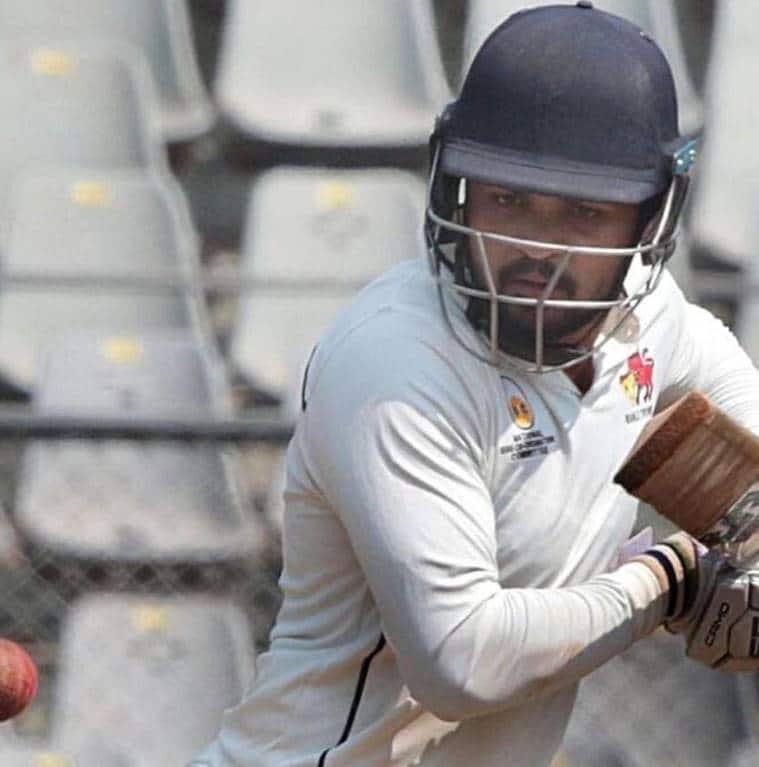 Despite doing well in local and age-group tournaments, Tamore couldn’t find a place in the Mumbai Ranji side. (Source:: Instagram)

An elated Tamore said he loves to bat in tough situations.

“Since my junior days, I have loved to play under pressure. Aage jaake pressure mein khelne ki aadat honi chahiye (in future, I should have the habit to play in pressure situations) and that’s how I have prepared mentally over the years. At the same time, scoring big in big games always matters. I always look for such opportunities,” he said.