In the photos, Ranbir is seen posing with mother Neetu Kapoor. Dressed in a navy T-shirt and blue jeans with black-framed glasses, the young star exuded charm. His mother matched her black top with grey harem pants. Rajiv’s elder brother Randhir Kapoor also attended the screening and was seen posing for the camera. 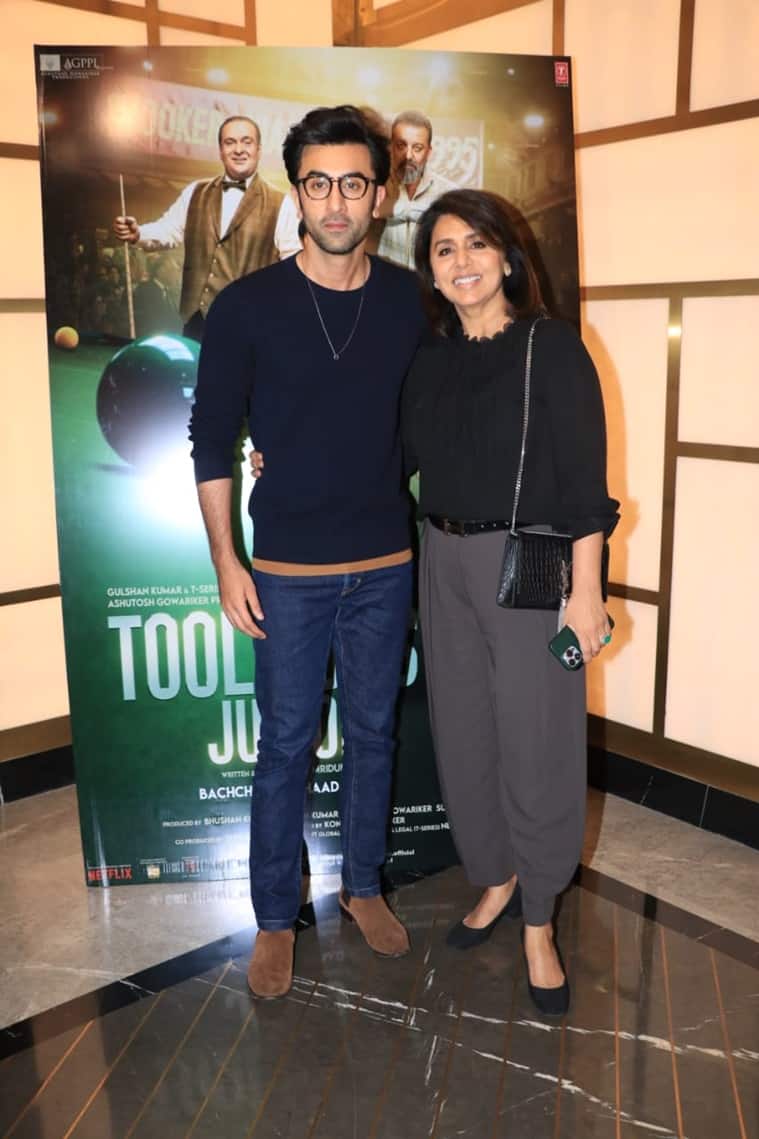 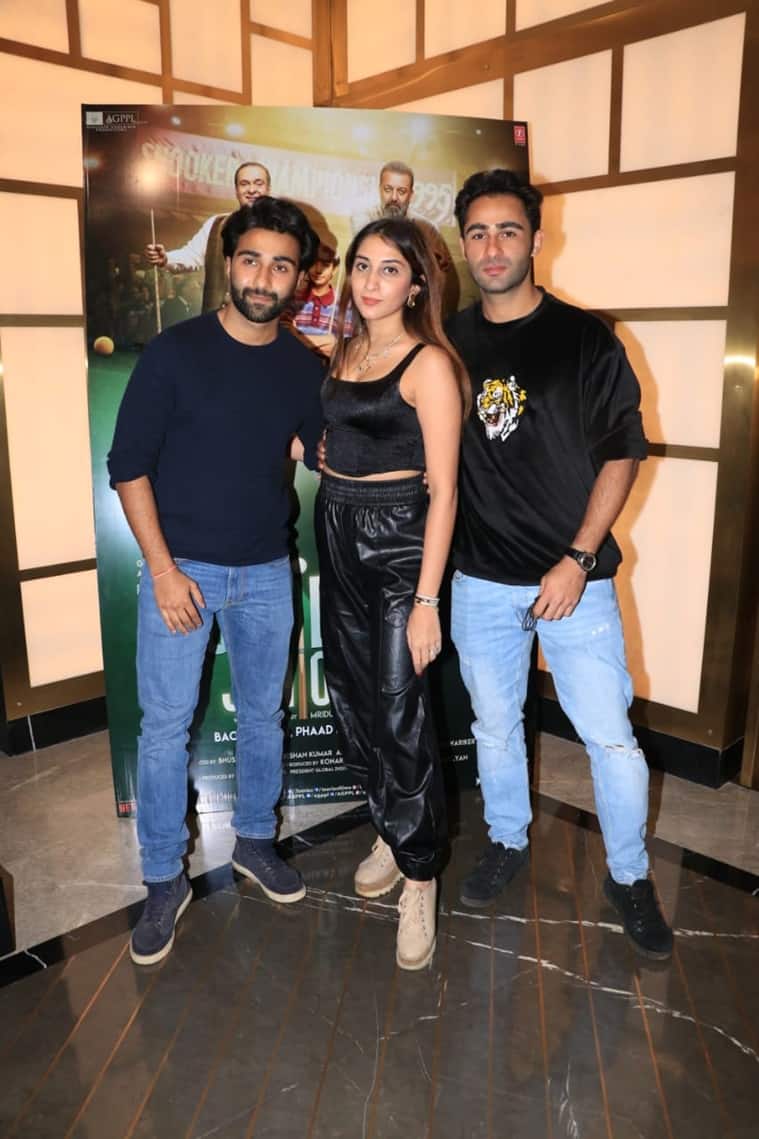 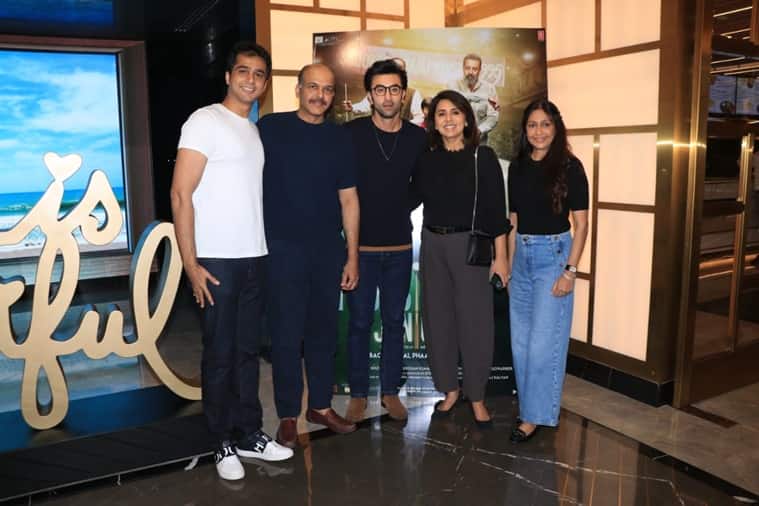 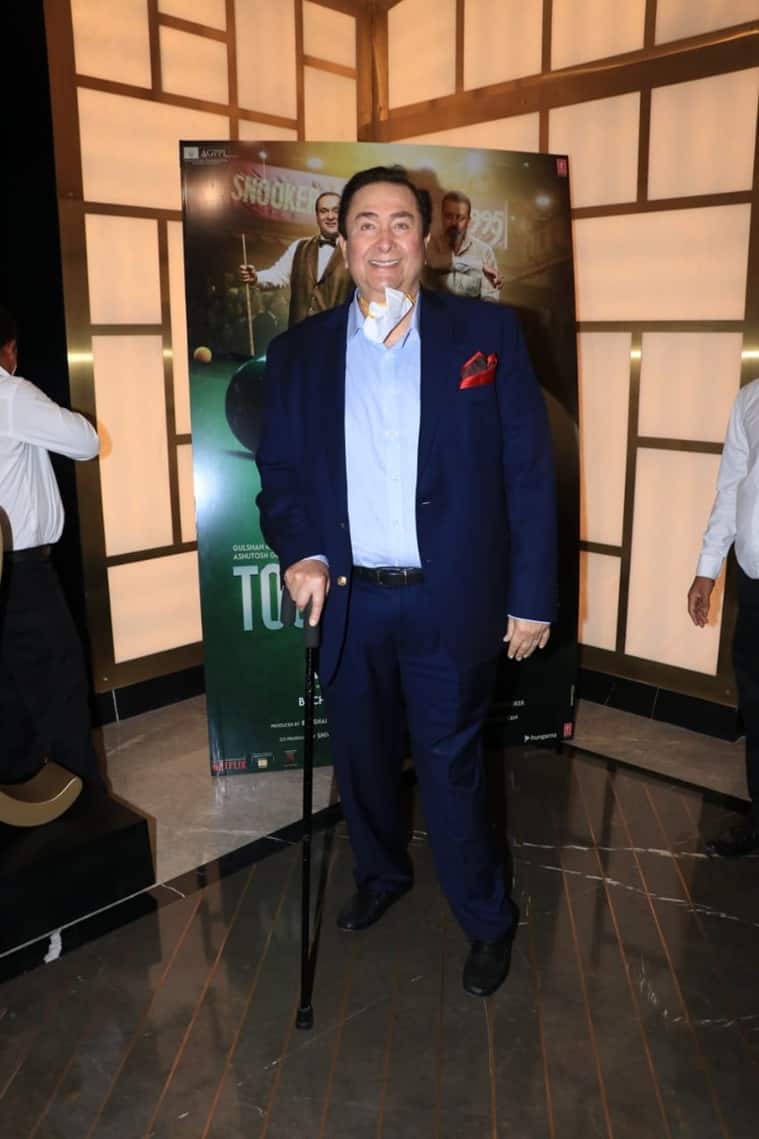 Rajiv Kapoor made his Bollywood debut with Ek Jaan Hain Hum in 1983, and followed it up with the popular Ram Teri Ganga Maili. He passed away following a cardiac arrest in February 2021. Remembering him on his first death anniversary, his family recently shared heartfelt posts for him. Karisma shared a throwback picture featuring legendary filmmaker Raj Kapoor with his three sons — Randhir Kapoor, Rishi Kapoor and Rajiv Kapoor. She wrote on the photo, “Chimpu uncle you are missed #RajivKapoor (sic).” Kareena Kapoor also shared the photo on her stories, adding a heart emoji to it.

Neetu Kapoor, on her part, shared a photo of Rishi Kapoor and Rajiv Kapoor. Adding flower emojis, she wrote, “Miss you both a year already.” Remembering his ‘mama’, actor Armaan Jain shared a lovely photo of him kissing Rajiv Kapoor while wife Annisa is seen sitting next to the latter. “We miss you and love you the most Chimpu Mama,” he captioned the picture.