Nawazuddin Siddiqui recently hosted a get-together for the team of his upcoming movie Tiku Weds Sheru. His co-star Kangana Ranaut took to Instagram to share a Story from the ‘lovely evening.’

Sharing a photo of herself and Nawaz, in which she was dressed in an-all white sari, the actor-producer wrote, “Nawazuddin Siddiqui sir hosted team Tiku Weds Sheru at his new bungalow last night. Thank you for the lovely evening, sir.” 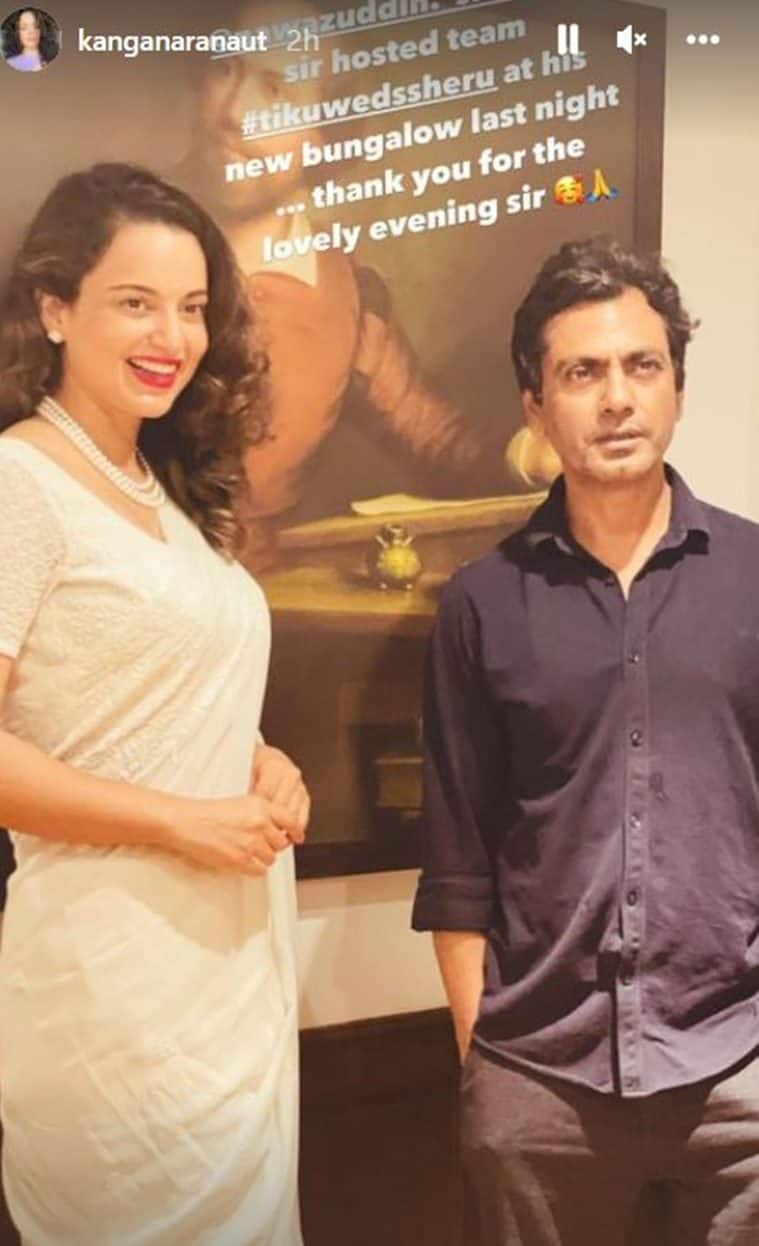 A screengrab of Kangana’s Insta story.

Nawazuddin Siddiqui recently bought a new bungalow in Mumbai. The house was under construction for the past three years, Nawaz personally oversaw the work and is said to have designed the interiors himself. The actor has named the house Nawab, in the memory of his late father. The house is said to have been inspiration by the actor’s home in Uttar Pradesh’s Budhana.

Recently, Kangana took to her social media to laud Nawazuddin’s drag look in her upcoming production venture Tiku Weds Sheru. The actor’s look in the sequence is reportedly a tribute to Sridevi’s get-up in the “Hawa Hawaii” number from Mr India.

Tiku Weds Sheru is a romantic drama co-starring Avneet Kaur. It has been helmed by Sai Kabir. Nawaz had told News18 that he took on the role because it was unlike any that he had played before.