Jhund marks the Hindi directorial debut of Manjule, best known for Marathi blockbuster Sairat and the critically-acclaimed 2013 drama Fandry. Recently, Manjule told Hindustan Times that he had been struggling to get the film released in theatres, and mentioned that the crew had come together to support him. He had said that he would release the film when the time is right. 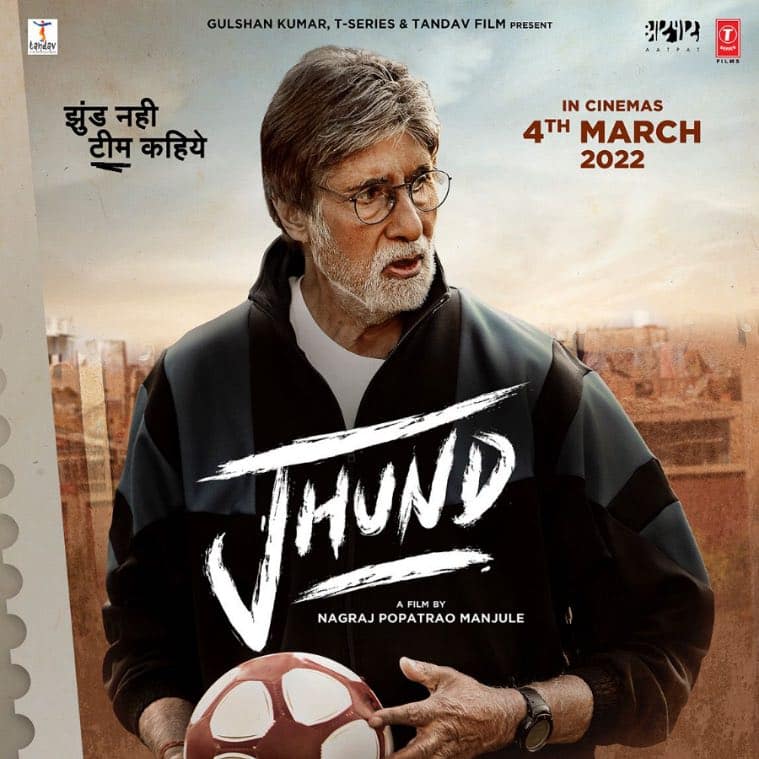 Jhund chronicles the story of a professor, who encourages street children to build a football team, in order to help them find a purpose in life. Amitabh Bachchan plays the role of Nagpur-based Slum Soccer founder, Vijay Barse in the film.

Apart from Jhund, Amitabh Bachchan also has Brahmastra, starring Ranbir Kapoor and Alia Bhatt in the pipeline, which is scheduled to release in September.